You can pipe just about anything to Conky and your Twitter mentions are no exception. We do need to consider the Twitter api’s request limit though. At the day I am writing this that limit is 15 requests per 15 minutes. I believe Twitter’s website, TweetDeck and TweetDeck’s web and app versions are not taken into account towards the limit. Still I recommend being conservative with Twitter api requests, just to be sure.

I’m using Debian Wheezy but you should be good to go on Ubuntu and other Debian derivatives (e.g. Linux Mint) as well and other distros.

Here’s how we’ll go about it:
1. Set up TTYtter, a Perl and command line based Twitter client.
2. Use a script to periodically retrieve your mentions.
3. Set up Conky and have it show your mentions.

Install TTYtter
Download TTYtter from this site: http://www.floodgap.com/software/TTYtter/dl.html. The script is usually called <VERSIOM>.txt. At the moment of writing the latest version is 2.1.00.

Rename and move the script to a logical name and place: 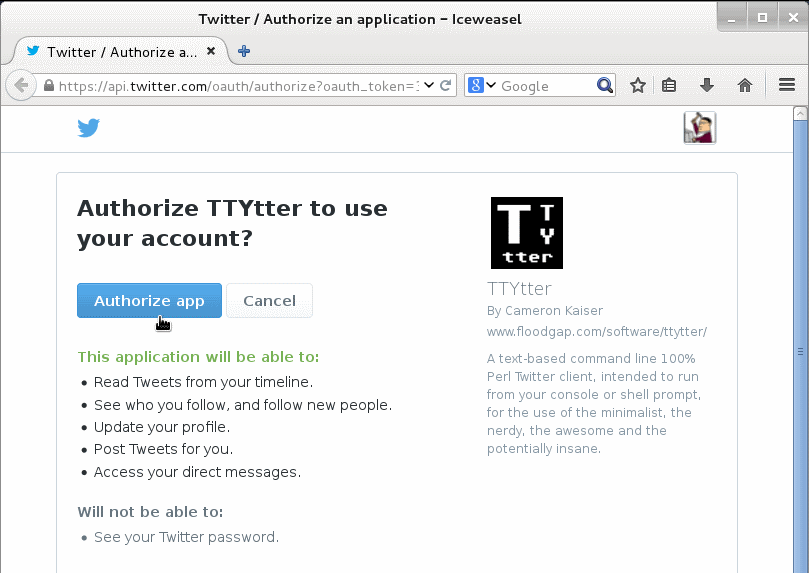 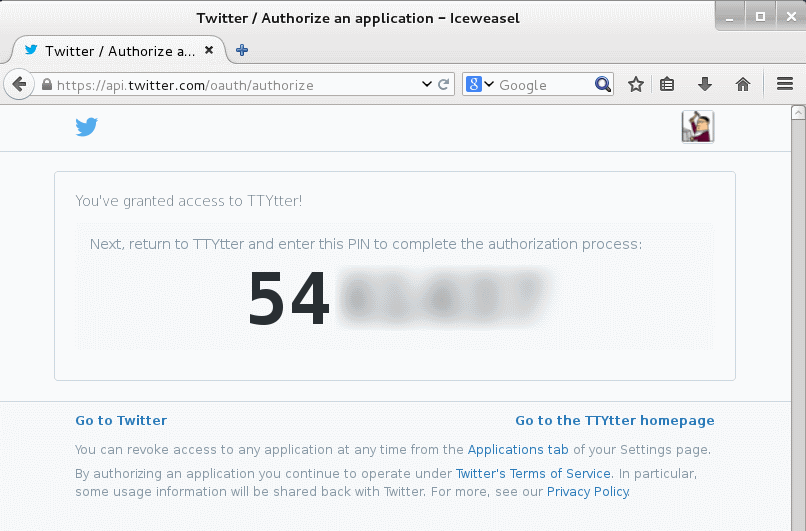 Start TTYtter and make sure it is working.

-vcheck tells the client to look for updates to the script.

If it complains about SSL try

Use a command to print your last four mentions:

Your last four mentions should appear in your terminal. If it doesn’t, troubleshoot until it does. Keep in mind you are allowed 15 requests per 15 minutes.

Now we *could* add this to ~.conkyrc:

The problem: by default Conky updates every second. TTYtter needs a couple of seconds (let’s say 6) to pull your mentions from the database. This means that after about a minute and a half you’d have burnt your alotted db requests.

We work around this by writing a little shell script to pull your mentions from the db and write them to a local file, then having Conky read that file. We’ll store everything nicely away in a hidden folder so you can forget about it later.

(The accountname I’m using on my test machine is ‘test’. Its home folder is /home/test/. Adapt the following accordingly.)

Create the file readmentions.sh and write this in it:

We need to use absolute paths to prevent confusing Cron.

-script tells TTYtter you are running it in a script and therefor do not want introductory and courtasy output printed.
-notimeline tells it you don’t want to see your timeline.
-ssl tells it to use ssl, which is never a bad idea and probably mandatory for the api.

The if-clause makes sure that while TTYtter is collecting your new mentions the replies.txt file is not empty so as not to show a gap in Conky’s space on your desktop.

A file called replies.txt should be created. Check its contents:

Your mentions should be in there.

Make sure this part works before continuing.

Run Conky and detach it from the current terminal so it doesn’t close when you close your terminal emulator.

Customize Conky. It automatically reloads when you save the changed config file.
The config file is ~/.conkyrc. Add this to it:

fmt -w 40 is the format command that wraps the lines somewhat intelligently at 40 characters.

Conky should show your mentions as soon as you save its config file.

Now we just need to schedule the script so it updates the replies.txt file periodically. Open your crontab:

Add this line to it:

Then save it. This will retrieve your mentions every five minutes. The following line will retrieve them every two minutes; the next every single minute:

Smaller intervals aren’t possible with Cron; if you need near-realtime streaming try this instead: